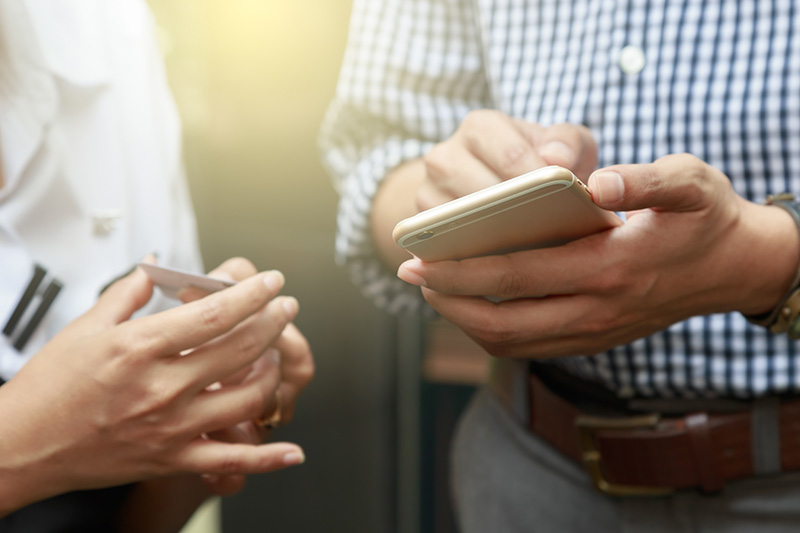 The payments industry experienced a crazy 2015. Between the dissolution of Safe Harbor, the major data breaches, U.S. EMV adoption and the boom in mobile payments, merchants have a lot on the their plates, so to speak. This has only made this sector more competitive than ever, as different brands and retailers struggle to one-up each other with respect to payments support, cybersecurity, compliance and much more.

Now, 2016 is here, and merchants must prepare for another wave of payment industry trends. And this year could prove more challenging than 2015, especially given the increasing reliance on technologies in this sector. Therefore, businesses must start preparing as soon as possible, or they could find themselves in the same position they were in in 2015, struggling to adopt mobile payments and support a variety of requirements and regulations.

But, what should merchants anticipate to affect them in 2016? Let’s take a look.

While mobile payments certainly proved to be a popular option for consumers in 2015, this year will be particularly interesting. EMarketer predicted that in 2016, shoppers in the United States will spend a total of $27.05 billion with mobile transaction tools – a category that includes consumer-side mobile payment apps as well as mobile-based systems that businesses use to accept transactions. While that might not sound large in the grand scheme of things, that $27.05 billion represents a 300 percent increase over 2015 mobile spending.

“Several factors will drive substantial mobile payments growth in the US. Mobile wallets like Apple Pay, Android Pay, and Samsung Pay will become a standard feature on new smartphones,” said eMarketer analyst Bryan Yeager. “Also, more merchants will adopt point-of-sale systems that can accept mobile payments, and incentives like promotions and loyalty programs will be integrated to attract new users.”

EMarketer only provided statistics on U.S. consumers, but the whole world will have mobile payment fever in 2016. For one, Zacks Equity Research reported that Apple could release Apple Pay in Chinese markets as early as February 2016. The source highlighted rumors that suggest Alibaba’s Alipay could play a large role in this matter. Merchants will certainly try to capitalize on this introduction of Apple Pay as soon as possible.

While databases are already filling up with personally identifiable information and payment data, merchants should expect those data stores to collect even more information in 2016. Between mobile devices and e-commerce channels, there will be unlimited supplies of data out there, and businesses will do well to pair that information with transactional data.

Mobile payment apps, in particular, will be useful sources of this kind of data. In a conversation with ITWeb, Derek Wiggill, General Manager of Zapper, explained that merchants can pair mobile apps and other payment technologies with other systems such as geo-location services as a means of collecting more transactional information and behavioral data. Trends in purchasing can be identified, advertisements can become more targeted, and businesses could be able to sell additional products in real-time.

Of course, harnessing all that information and analyzing it is key, making integrated payment processing solutions a vital tool for cutting-edge merchants in 2016.

“Merchants will invest in data protection and compliance in 2016.”

Safe Harbor shook up data privacy beliefs on a global scale, but before that, consumers were already concerned with the safety of their personal information and payment data. Therefore, merchants will invest in and prioritize data protection and compliance in 2016.

That said, many organizations struggle to create cybersecurity systems that not only protect against data breaches and outside threats but also lock down corporate networks from insiders and prevent human errors from becoming major security incidents. Unfortunately, single-layer cybersecurity measures don’t work and they won’t work in 2016 either.

This is why tokenization will become a standard in payment data protection. With payment security solutions that tokenize sensitive information, merchants can prevent network intrusions from turning into huge data breaches, financial issues, and reputational loss. Tokenization will be a fundamental component in existing IT environments, especially SAP ones, allowing merchants to remove those systems from their compliance scope as well as improve the performance of their applications on those networks.

In a blog post for City A.M., Mark Ranta, Head of Digital Banking Solutions at ACI Worldwide, predicted that PSD2 will dominate payment industry conversations in 2016. This revised version of the Payment Service Direction that was originally suggested by the European Commission in 2013 is likely to arrive this year, which will give merchants at least a couple years to prepare. That said, those that pay attention to this impending vote and hit the ground running will be at an advantage.

But what will PSD2 say? It will effectively put consumers in more control over their payment data. According to SEPA for Corporates, merchants must request to use the data of their customers when processing e-commerce transactions. If shoppers approve, those businesses can directly work with banks instead of going through other systems and organizations. Among a handful of other changes, PSD2 could enforce stricter data privacy standards outside of the EU.

For merchants, PSD2 might sound like a good deal at first. However, it is likely to cause those businesses to invest in new application program interfaces – which is basically code that would connect retailers’ IT systems with banks’ – according to the source. Merchants might have to spend more on securing that information as well, as the SEPA for Corporates explained that PSD2 will force businesses to compile all data into a single repository. Additionally, PSD2 might actually hinder international payments, but the specifics in that regard weren’t made clear.

While there might not be any crazy predictions for 2016 in the list above, all of those trends will impact merchants around the world, and a lack of preparation could lead to disaster. It takes new technologies, new strategies, and partnerships with organizations that understand the payments industry.